We don’t have to tell you – capturing a developer’s attention is really difficult, so that makes our job difficult. The bright side? It’s not impossible and it’s always a creative challenge. We know that traditional marketing methods don’t always work with developers, but out-of-the-box marketing (and t-shirts) often do!

Take a look at 6 memorable developer marketing campaigns that stick out in our minds.

We pass billboards while driving every day, but how often do you actually notice them? Well, Red Hat’s People-Powered Billboard in Raleigh, NC was impossible to ignore. The billboard symbolized the importance of collaboration when developing open source software. 63 people from multiple backgrounds held up signs with different letters in a 3-story-tall grid. When these collaborators flipped their signs, they spelled out several different messages:

This was a fun and creative way to grab the attention of developers while attending the All Things Open conference, an event focused on open source software development in Raleigh.

What developer doesn’t want a t-shirt? Back in 2012, New Relic started sending out free t-shirts to new registrants who deployed their product.

New Relic thought of developers first and put word-of-mouth marketing above traditional marketing methods. “We look at our marketing budget this way: We’d prefer to spend a little money outfitting our users in cool shirts rather than giving it to Google for expensive Adwords,” Patrick Moran of New Relic said.

The Data Nerds t-shirts can be seen at conferences around the globe, small meet-ups, and more – developers love wearing these shirts. This campaign was successful, to say the least–New Relic increased leads by over 30% and gave away over 75,000 t-shirts.

Back in 2011, Watson took the stage on America’s primetime game show, “Jeopardy.” Competing against the two best contestants in the history of Jeopardy, Watson won the show and $77,147.

This campaign put Watson in front of millions of viewers and showed the power of cognitive computing. Developers started to imagine using Watson in their products, and they can now access Watson APIs and SDKs.

Not only did this get developers and software professionals talking about Watson, but it also brought in new partners for using Watson in various industries.

What’s the Matter With Owen?

Changing people’s perspective on your company can be difficult, but GE’s commercials successfully displayed a new GE. 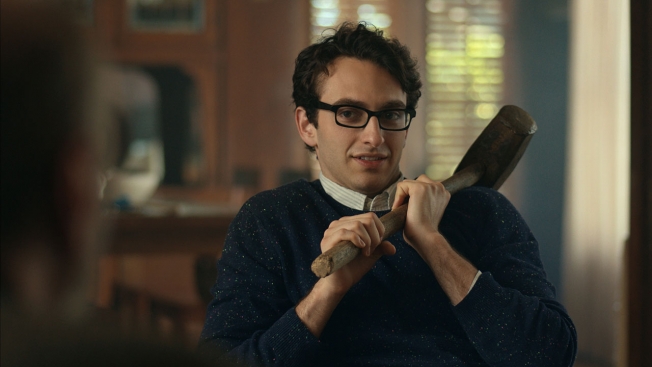 The commercials focused around recent grad, Owen. Owen was just hired as a programmer at GE, but no one in his life understood that GE was no longer just a manufacturing company. His family and friends get confused when he says he would be programming there, and the interactions are light-hearted and clever.

This campaign draws in new developer hires to GE, while creating awareness of changes in GE’s businesses and strategies.

It’s a no-brainer that understanding your audience is key in a successful marketing campaign. So why use buzzwords to an audience who hates being marketed to? Bare Bones took a great approach when marketing to developers – they chose the tagline “It Doesn’t Suck.”

A Viral Developer Campaign to Consider

What does an engineer look like? A nerdy guy sitting hunched over his computer in a dark room? Maybe 15 years ago. OneLogin’s recruitment campaign for hiring included advertisements with developers on their team located on BART. The advertisement turned into a large scale social campaign by their platform engineer, Isis Wenger after criticism on social media.

The ad was picked apart by several online (including comments like the woman should have a friendly smile, not a sexy smirk), provoking Wenger to use the hashtag #ILookLikeAnEngineer. Thousands of women around the world chimed in on social media using the hashtag to focus on redefining what a developer looks like and tearing down sexism in the workplace.

This viral campaign brought up important issues in the tech industry and increased brand awareness at OneLogin thanks to Wenger.

Marketing to Developers With Blog Posts, Articles, and More