Containers help developers achieve continuous integration and continuous delivery. And while they are no magical solution, they do make it easier to update and modify code sections without affecting the entire application.

In preparation for the upcoming “Guide to Orchestrating and Deploying Containers,” we surveyed the DZone audience to learn about the developers using containers, how they’re using them, and if they think continuous integration and continuous delivery are being achieved at their organization (Hint: they don’t).

We also asked developers how they stay up to date on container technologies. Typically, we find that news/tech sites are the most popular. Eighty-six percent of developers do read articles to stay informed.

However, developers also said that online classes/training (68.8%), working on projects in their spare time (54.7%), and attending workshops/conferences (39.4%) play a role in their containers education. 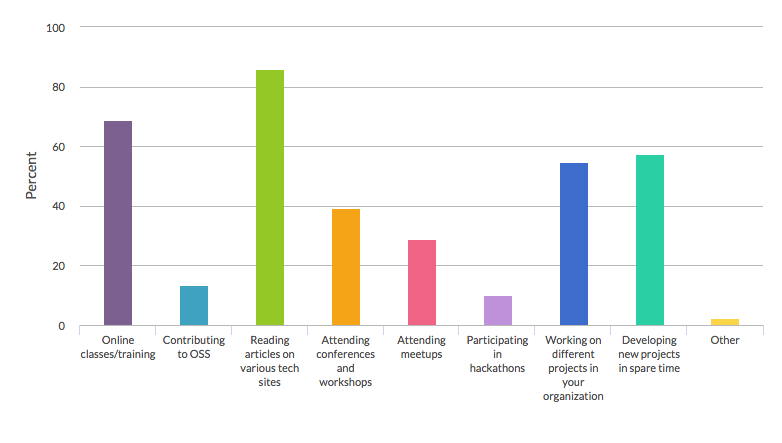 How Developers Are Using Containers

What Container Technologies Developers Are Using 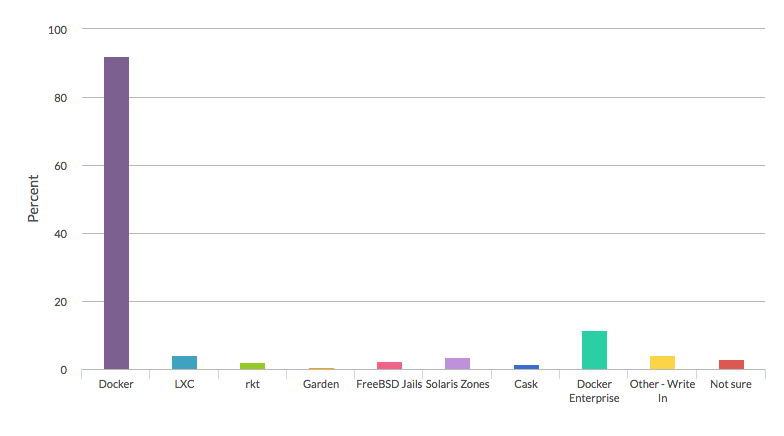 Are Developers Achieving CI and CD?

According to developers, not so much. Just over half (54.8%) say their organization has achieved continuous integration. 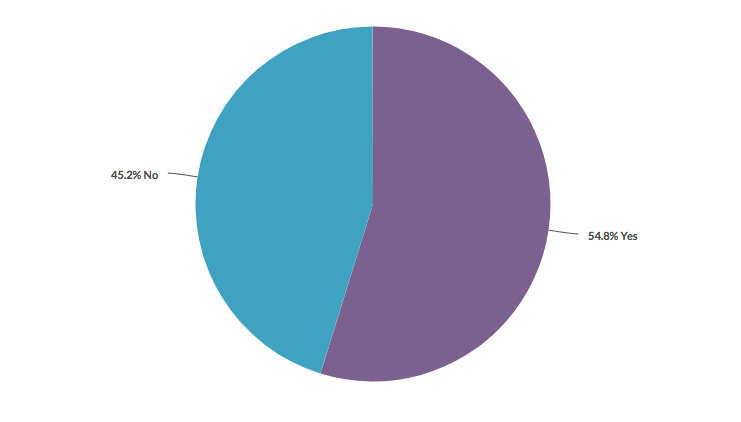 And even fewer (34%) say their organization has achieved continuous delivery. 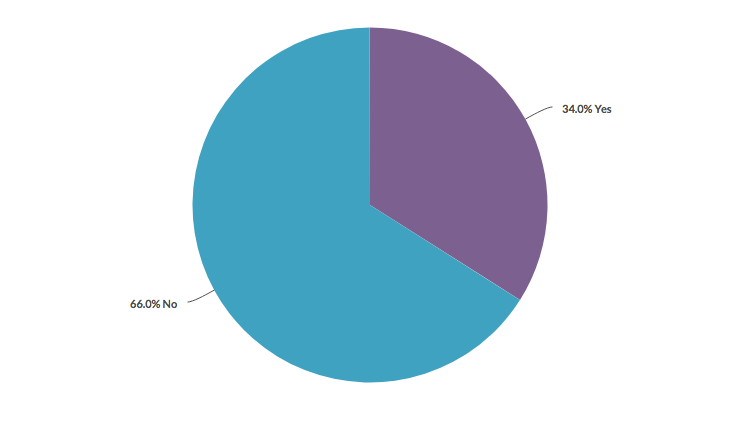 On Containers, Microservices, and Orchestration